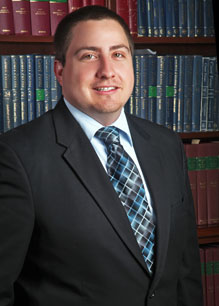 With fortitude of steel and heart of melting gold, R. Dawson Malone knows firsthand what it is like to be at the mercy of someone whose power is greater than yours. Today, the man who grew up despising victimization uses his legal expertise to ensure that others are not and dedicates his practice to protecting clients’ rights regardless of the individual’s position in life and whether those rights are threatened in a private, political or corporate matter.

“From a teen, I chose to go into law because I felt that lawyers were most in control. They were the ones who knew their rights and appeared to be the ones best able to defend themselves,” says Mr. Malone, whose work in civil rights is so impressive that he is one of the youngest attorneys ever to have been invited to address the Privy Council, the highest court in the Commonwealth. He also experienced in defence work having been successful in defending complex commercial matters particularly in the banking industry and business arena.

“I grew up with a constant fear of failure,” says the man who overcame odds that would have destroyed many a person of lesser character. Hard-working from the time he was tall enough to reach a store counter, he never shied away from long hours or hard labour and to this day his lights are often the last ones still burning at Callenders, Freeport. These qualities are some of the reasons why in 2022 Mr. Malone has now become the Managing Partner for the Nassau office.

Mr. Malone has been involved in the education arm of the Bahamas Bar Association’s Junior Bar Committee where he organized seminars for continuing education in the areas of employment law, preparation and prosecution of appeals. He has also guest lectured at the Eugene Dupuch Law School and the University of The Bahamas, where he is an approved Adjunct Lecturer. His lectures have covered public law matters including environmental law and judicial review. He has also served as a member of the Bahamas Bar Association’s Ethics Committee for a number of years.

Born in Nassau and reared in Abaco, Malone began his tertiary career at The College of The Bahamas to pursue an Associate of Arts in Law and Criminal Justice. Having graduated with distinction in 2006, he enrolled in the College of The Bahamas/University of the West Indies LLB Programme to obtain his Bachelor’s degree with First Class Honours, then attended the Eugene Dupuch Law School, where he received a Legal Education Certificate of Merit in 2011. He received the prize for performance in the school’s Legal Aid Clinic and was recognized for being lead Counsel on the championship team appearing before the annual Caribbean Court of Justice’s International Law Moot in March 2011.