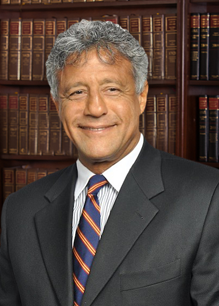 The aggrieved could not ask for a better friend, nor offenders a tougher opponent, than Frederick R.M. Smith, QC. Mr. Smith holds a singular place in Bahamian law, a legendary thinker and prolific human rights advocate whose articulate contributions help to shape the national conversation. He is as outspoken a proponent for the rule of law in for-profit commercial enterprise as he is a staunch defender of human, environmental and animal rights.

Examples of his versatility abound. While Mr. Smith has a broad experience in transactional matters under the Hawksbill Creek Agreement, his fame lies in the application of law to environmental and human rights. He fights with equal ardor for the migrant falsely imprisoned as for the utility earning guaranteed profits. As the director of legal affairs for the environmental advocacy group Save The Bays, he has filed actions against large developers for violating the law, showing disregard for the Bahamian environment, displacing cultures, mangroves, and wetlands with equal lack of respect and destroying the very marine and land resources that attracted them to The Bahamas. At the same time, Mr. Smith is the first to defend the honourable foreign investor who demonstrates regard which The Bahamas and its resources deserve.

His prowess as a litigator has catapulted him into the spotlight in controversial matters and his ability to pull together a team to put forth a winning argument in the face of steep challenges affirms his extraordinary skill in preparation and his speed of thought on his feet in the courtroom.

Frederick R.M. Smith, QC is the Senior Partner of Callenders and the Managing Partner of the Freeport, Chambers.  He has an active civil trial and appellate litigation practice in Human Rights, Environmental, Constitutional, Regulatory and Commercial matters. Mr. Smith also specializes in transactional matters in Freeport under the Hawksbill Creek Agreement.

Education:
He was born in Haiti where he had his primary education. His secondary education was in Nassau and at boarding school in Giggleswick in the North of England. He graduated from The College of Law in London, England and was called to The Bars of England & Wales (Lincoln’s Inn) and The Bahamas in 1977.